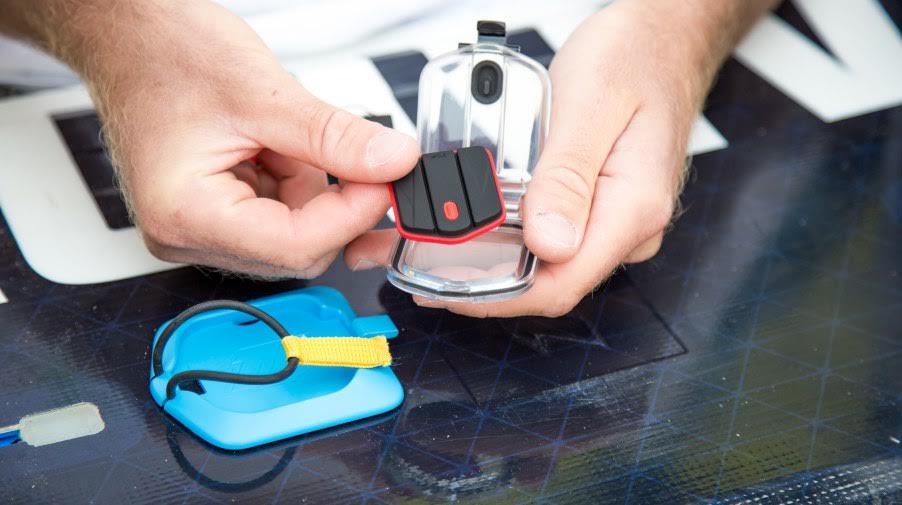 July 5th 2016
Kiteboarding needed it. North Kiteboarding and PIQ teamed up to develop a sports sensor that measures your jumps and air maneuvers.
The Multisports PIQ Sensor is an amazing surf gadget. It’s incredible how such a small device can measure a rider’s jump height and immediately show it to the user via a LED matrix display.

The motion tracker is extremely light – only 10 grams. It will record your rides, and track your progress as you push harder to land the highest kite jump. Multisports PIQ Sensor will also record your airtime, velocity, the number of jumps, rotations, and landing g-force.

“It’s a super fun toy and pretty neat. PIQ is really an addictive connected sensor for all kiters that want to save some proof of the most epic jump they ever made. Once you’re used to knowing your performance after each jump, you never want to go for a ride without it again!” underlines Aaron Hadlow, winner of the 2015 Red Bull King of the Air.

The Multisports PIQ Sensor comes with a shockproof/waterproof housing and mount so that you can rapidly install it on your kiteboard. After each session, you can share and compare your stats with friends and opponents.

It is important to note that the kite jump sensor is extremely easy to use, and you will have no problems checking data while riding even in bright sunlight.

Exceed your limits, and rank yourself in the kiteboarding community. The electronic device will only run out of battery after six hours of jumps. It can be fully charged in two hours via USB.

PIQ had already entered the tennis, golf, and ski markets with the same sensor, but kiteboarding proves to be an exciting new challenge for the device’s capabilities.

“Sharing our respective expertise, we have worked together with one single goal in mind: to bring a lot more fun to kiteboarding. As a kiteboarding addict myself, I can now achieve my dream of knowing the height of my jump directly from my board,” adds Cédric Mangaud, CEO, and co-founder of PIQ.

The North and PIQ app is available in both Android and iOS versions. The kiteboarding gadget is selling at $208 and includes the multi-sports sensor and the special case for kiteboards.

See U in the air… Blue Dream Team