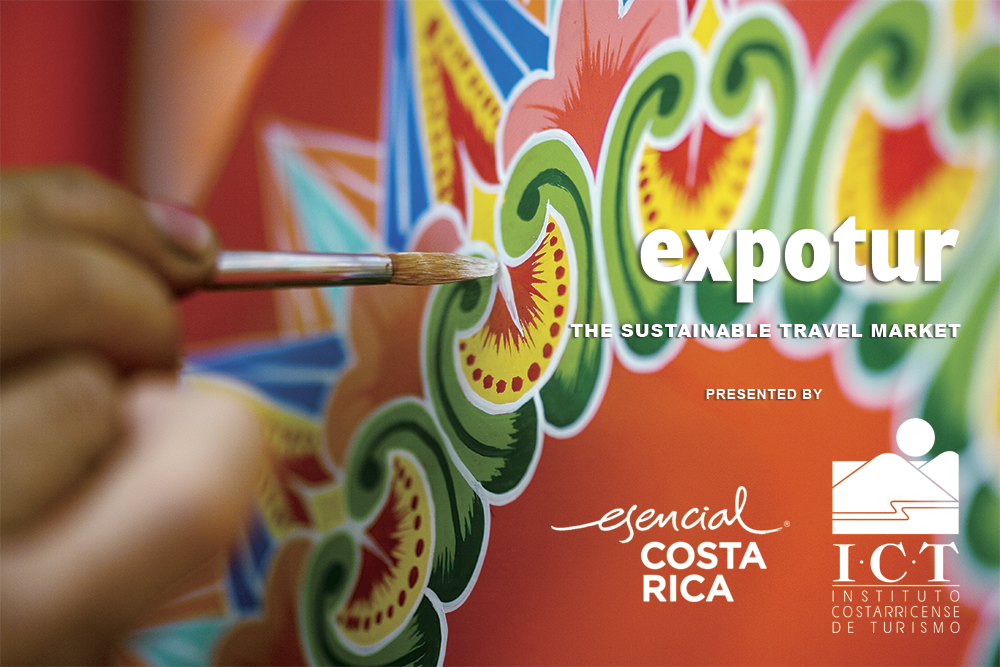 EXPOTUR has established as the largest event on trayectory and position in the region, in 2017 the edition 33th will take place.
EXPOTUR is considered the most important Tourism Travel Mart of Costa Rica and the region, and one of the most relevant in Latin America as well. ▲

EXPOTUR organizers are committed to provide changes and innovations that become the event an effective and efficient activity for all the participants.
Offer and demand:
Tourism in Costa Rica has the opportunity to appear in EXPOTUR better than other national or international event to participate.
For some companies it is the only opportunity to promote themselves and make themselves known at an international tourism event. This applies primarily to micro and small enterprises in EXPOTUR who represent 80% of the participants.
For two days, the possibility of negotiating with at least 200 international buyers in personal encounters. To accomplish this, ACOPROT makes promotional trips in advance, in pursuit of business representatives from three continents interested in our destiny. ▲

Regions and niches:
The wide variety of products and services that exist in Costa Rica, as well as developments that take place every year, create the need to stand out and promote individually segments that characterize us as well as the attractions that are unique to our regions. This makes it easy for the buyer not only knowledge of them, but it lets you identify areas of interest. ▲

Press:
Major international media are invited by the ICT (Costa Ricas Tourism Board) and its Public Relationships agency, providing the opportunity to be known outside of Costa Rica. In addition, by ACOPROT and communications agency, a large presence of national press is provided, which favors the disclosure of the attractions and services that the country has. ▲
Category: NewsBy adminMay 8, 2017