Joyful Obama learning how to kitesurf 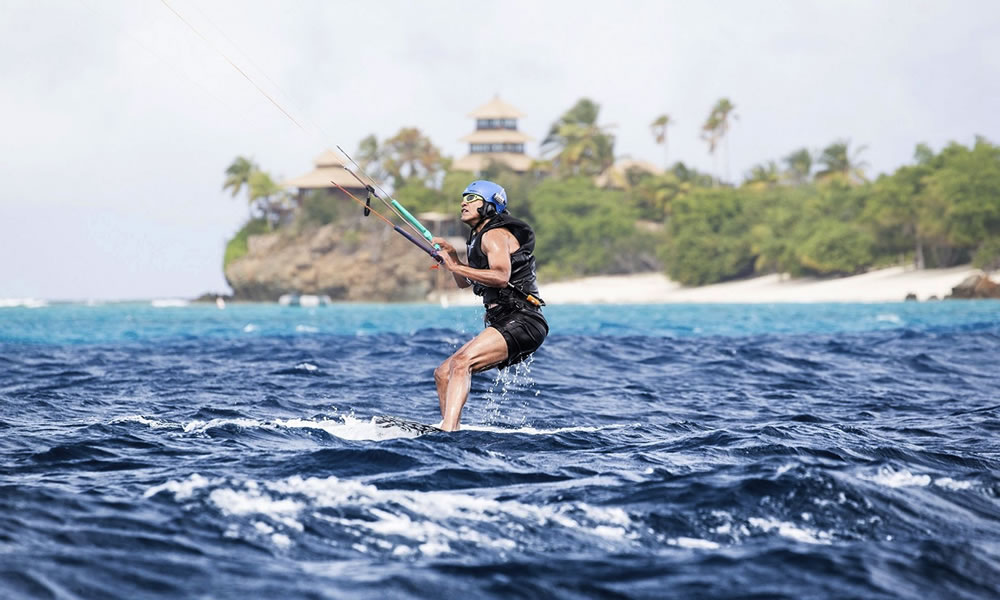 The former president tried out our favorite sport: kitesurfing! Isn’t this amazing? Happy people makes a better world!
Obama tried it out in the Virgin Islands over the weekend, in a friendly competition with billionaire Richard Branson off the coast of Branson’s Moskito island
The picture shows the 44th president in apparent joy, learning to kite board.

Branson challenged the ex-president to learn how to kiteboard before Branson himself could learn to foilboard, another young watersport that resembles water skiing. According to Branson’s post, it was a challenge Obama easily won.

“After all he has done for the world, I couldn’t begrudge him his well-deserved win. Now he has left, I’m going back into the water to practice for the next challenge,” Branson wrote.

Obama has mostly kept a low profile since leaving the White House, as is tradition. But this experience couldn’t be invisible to us! Congratulations, you’re officially invited in Bahia Salinas for your first jumps!
Blue Dream Team